At Schaubude Berlin, figures and objects stand on stage as the main actors. In guest performances from Germany and abroad, in co-productions, special series and festivals, we show the world from the point of view of things. 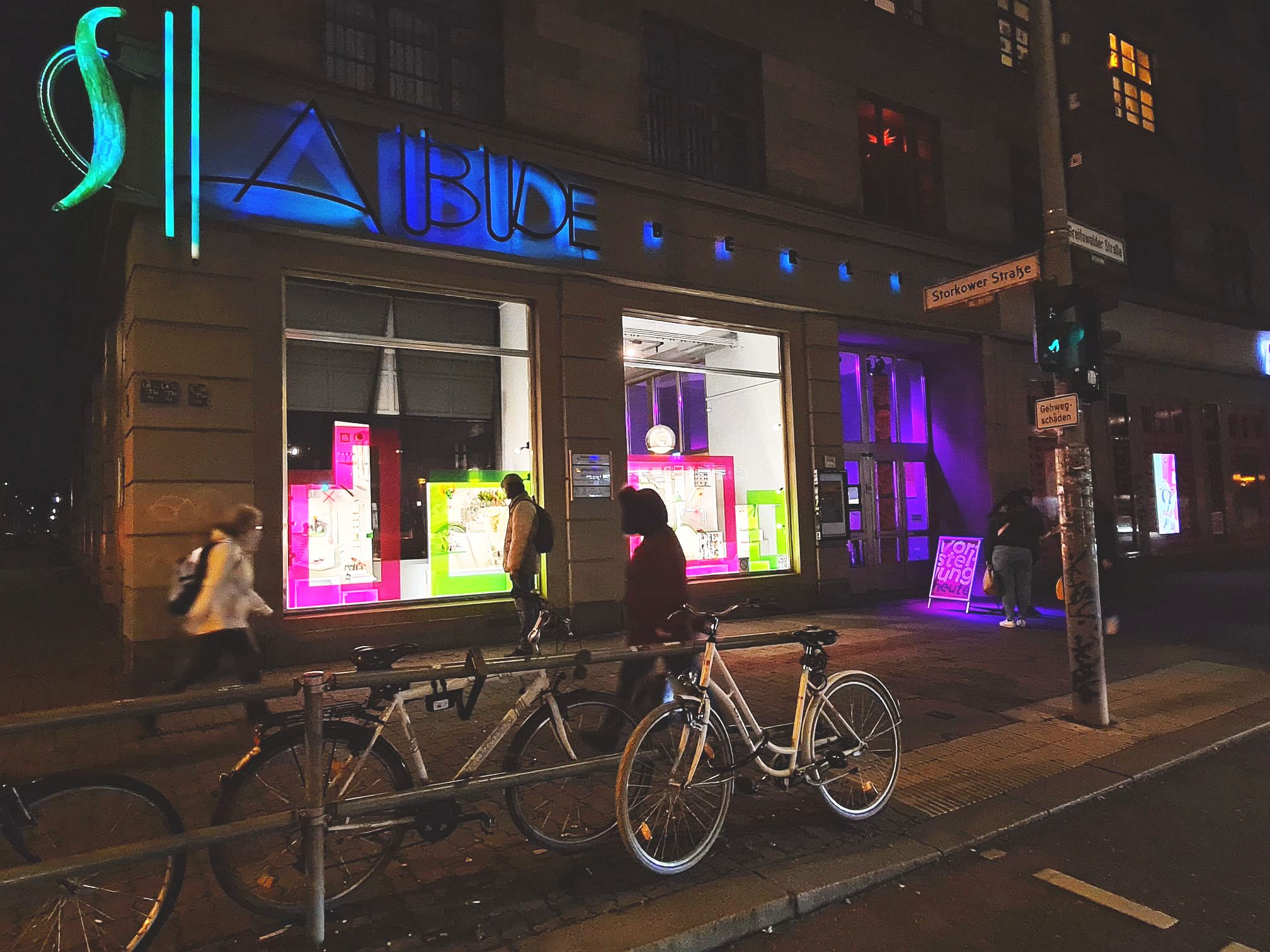 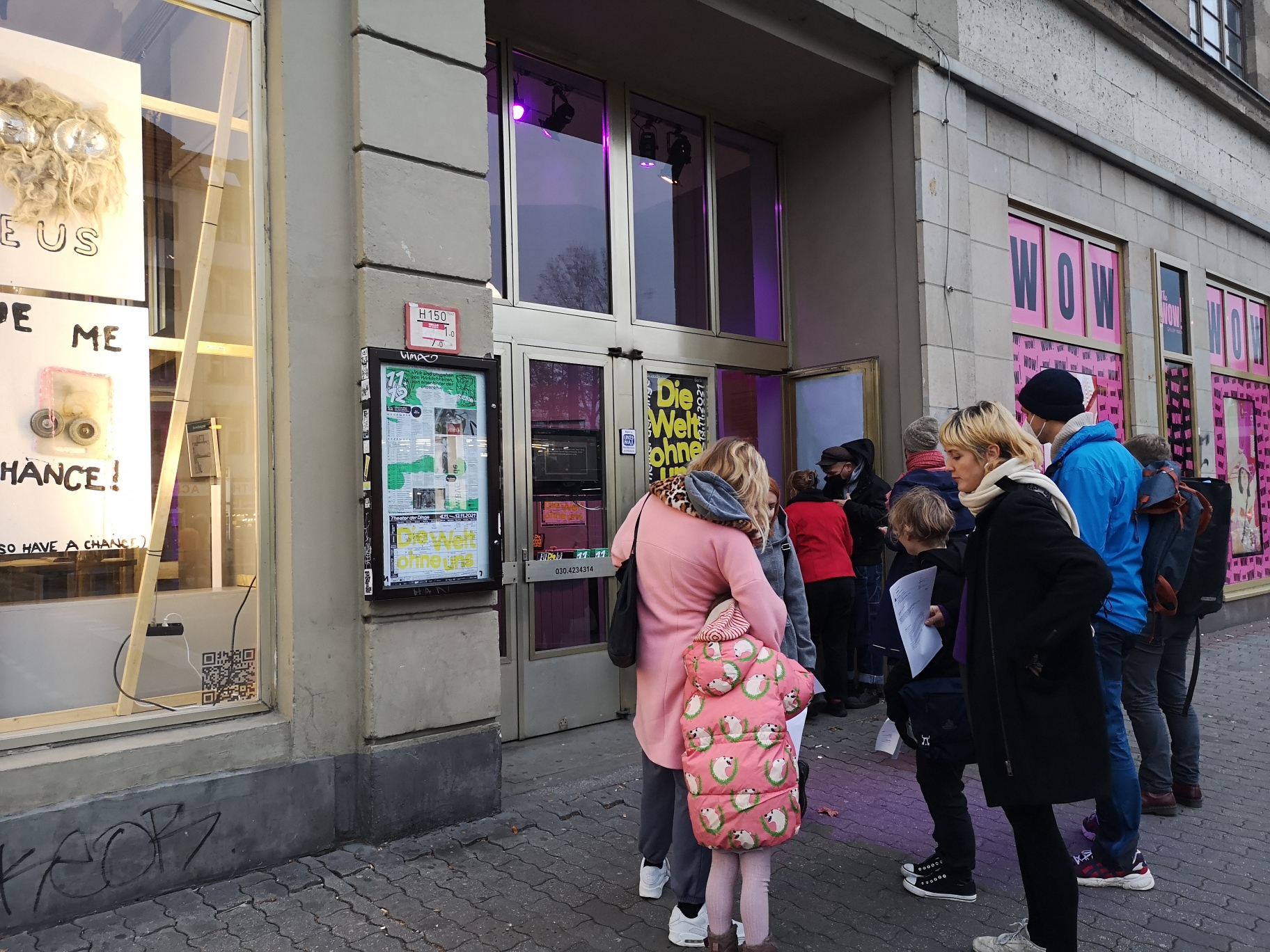 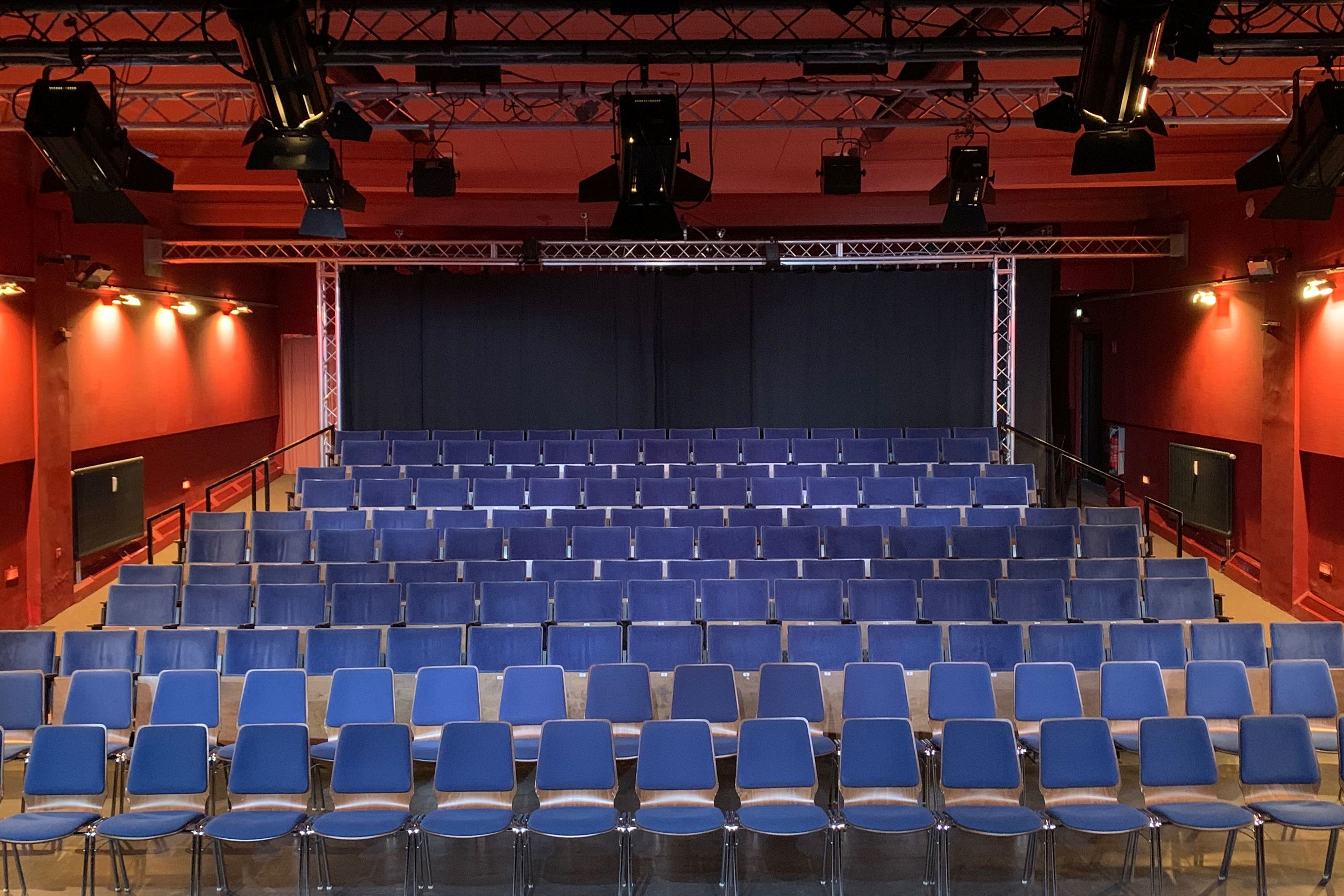 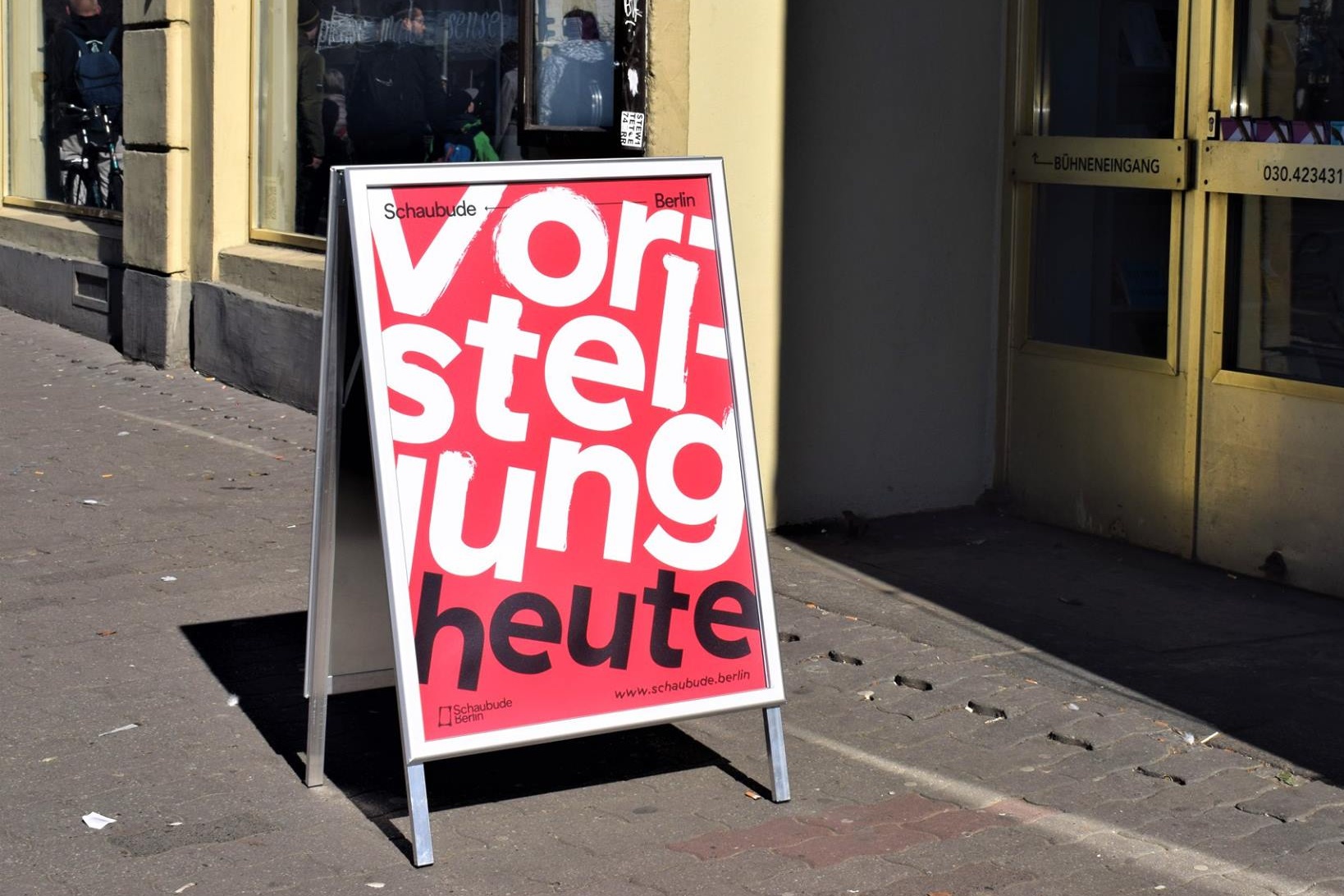 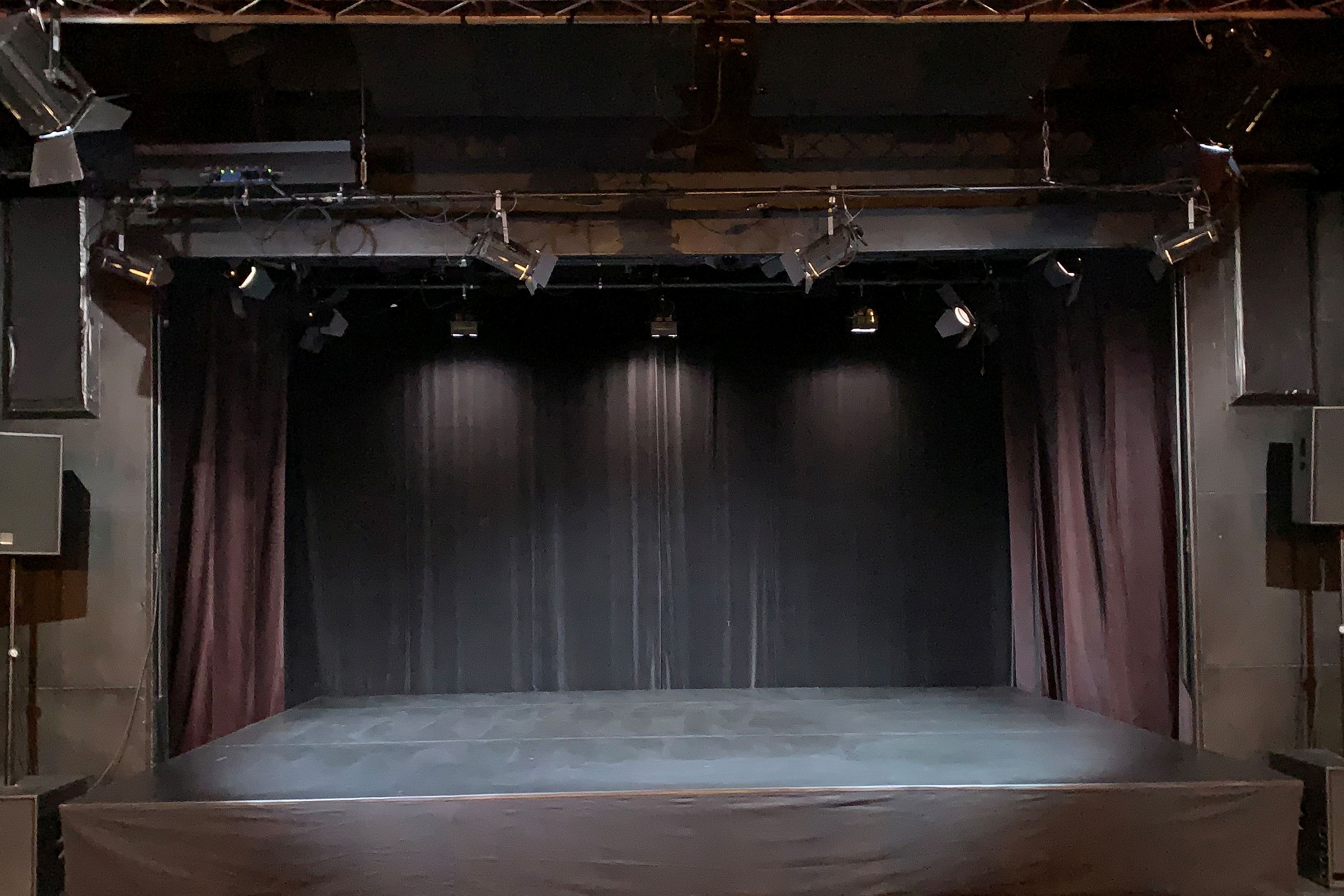 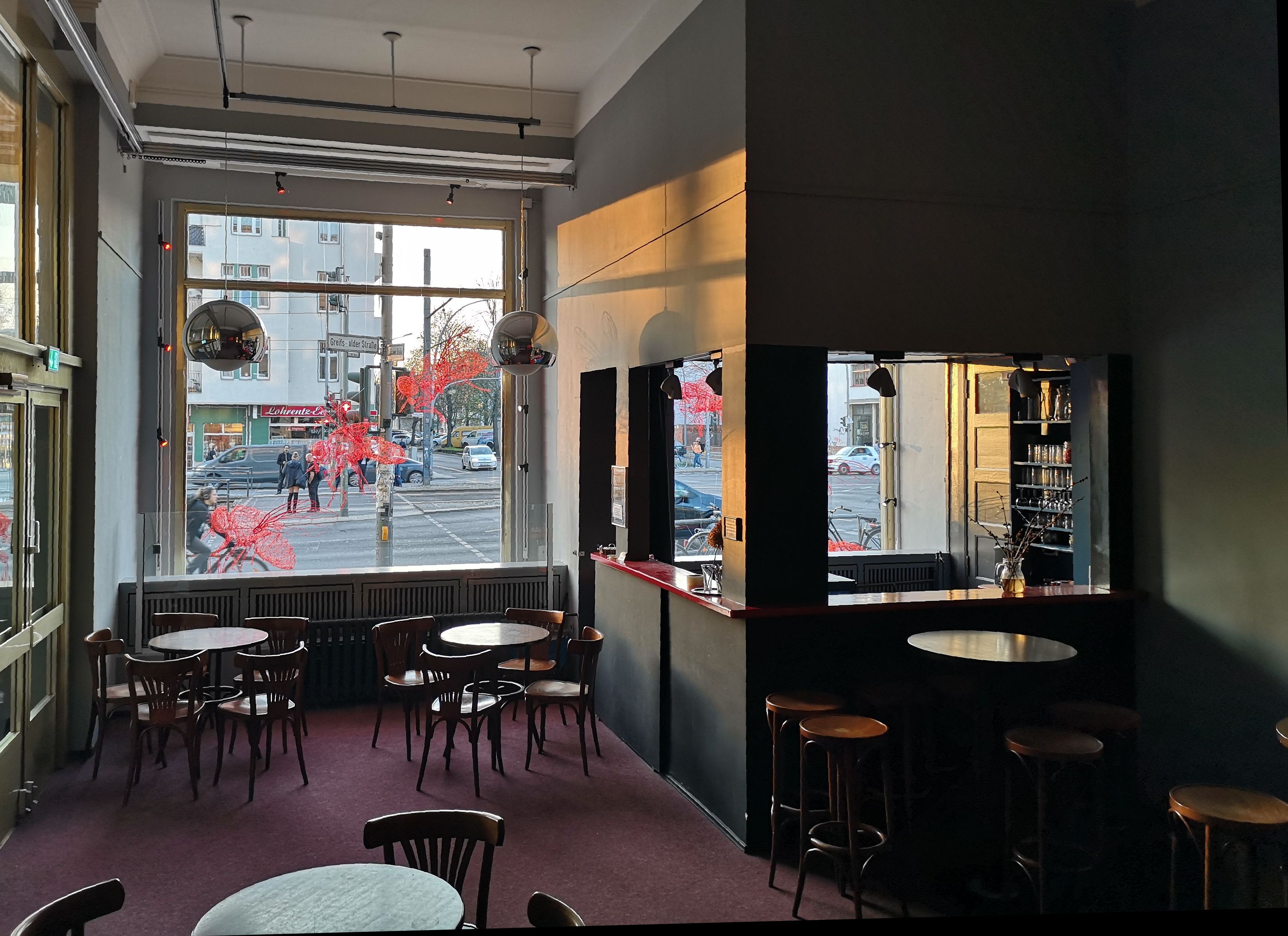 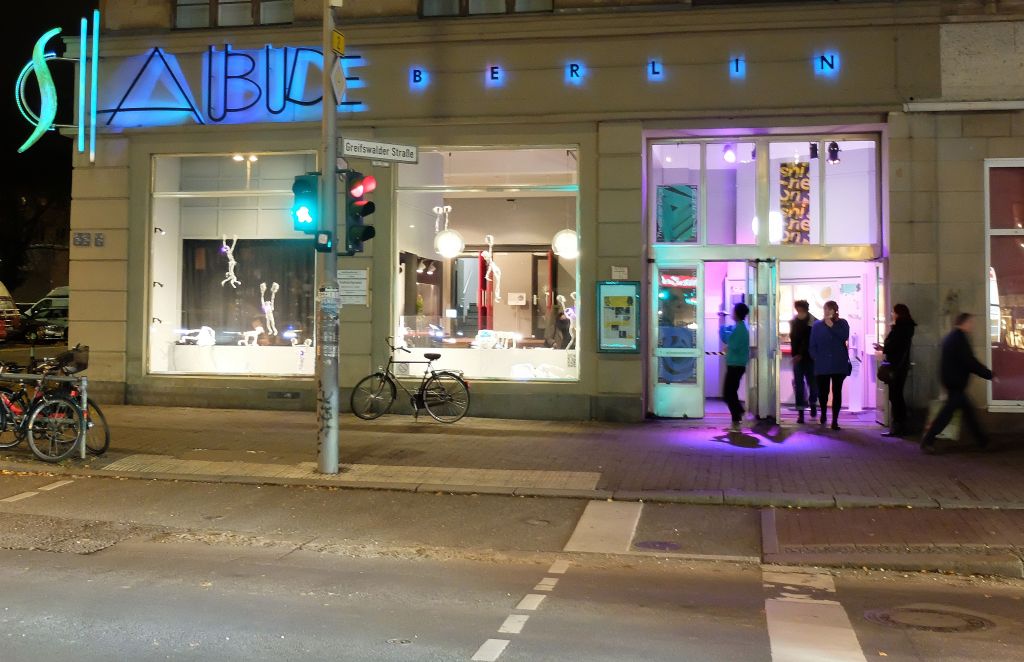 Our children's and evening programmes that change weekly invite you to discover the range of contemporary puppet and object theatre. We are particularly interested in the border areas of the genre. That is why there are not only puppeteers on our stage, but also artists from the fields of performance, visual arts, dance and music.

Schaubude Berlin is part of Kulturprojekte Berlin GmbH. Tim Sandweg has been the theatre's artistic director since 2015.

We see our house as a space of opportunity. We would like to offer both young artists and established freelance theatre makers good conditions and a productive exchange.

In our co-productions, series and other projects we support production communities and set impulses in the Berlin theatre scene. Since 2016 we have been working on digital transformation in various formats.

Every year in autumn we organise the international festival for contemporary puppetry and object theatre Theater der Dinge (Theatre of Things) – a source of inspiration for current developments in the genre. The topic of this year's edition is: "The world without us".

We understand the performing arts as a dialogue between stage happenings and audience. That is why we are committed to providing theatre education and discursive formats to convey artistic processes.

As a necessary basis for the further development of figure and object theatre, we promote aesthetic research without production pressure in the annual Schaubude Residency.

We are in close contact with institutions, associations and educational bodies of international puppetry and object theatre and related fields.

Since May 2020 Schaubude Berlin, together with FITZ! Stuttgart and Westflügel Leipzig, has been part of the Alliance of International Production Centres for Figure Theatre.

In 2019, Schaubude Berlin and its artistic director, Tim Sandweg, received the ASSITEJ Organiser Award for outstanding commitment to children and youth theatre.

In 2017 the artistic work of Schaubude Berlin was awarded the Federal Theatre Prize. In the explanatory statement it reads:

“With its diverse co-operations, festivals, promotions of young talent, its offers for all age groups, its genre crossings and its determined search and research movements into digital worlds, this small house is one of Berlin's creative engines.”

The building at Greifswalder Strasse 81-84 was constructed as a Karstadt department shop in 1929 according to the plans of the Charlottenburg architect Ernst Schneckenberg and is now a listed building. In 1949, “Filmbühne Atlas” was located here. In 1972, the state-run “Puppentheater Berlin,” the largest ensemble puppet theatre in the German-speaking countries at the time, moved in. It was wound up in 1991.

In 1993 the newly founded, Senate-funded Schaubude Berlin finally moved into the premises. The early years of the theatre were shaped by Gerd Taube, under whose direction the independent Berlin figure and puppet theatre scene found an artistic home and a regular evening programme for adults was established.

Silvia Brendenal, who ran the house between 1997 and 2015, opened up the Schaubude artistically to the visual imagery of the “théatre d'objets” (theatre of objects). She founded numerous festivals, including “Theater der Dinge” (Theatre of Things) or the first figure and object theatre festival for the very young, “Unter dem Tisch.”

From 2015 Tim Sandweg continued the tradition of the festival “Theater der Dinge” as artistic director. The first edition for which he was responsible, “Digital is better” (2016), was the prelude to a further opening of the programme towards digitality, robotics and hybrid forms between the performing and visual arts.

Until 1 March, teams of 2 to 4 artists* can apply for the Schaubude research residency in summer 2022! All info and application form here
read more

Since 13 January, the exhibition JUST NUTS by Ulrike Langenbein and Verena Waldmüller can be seen in the windows of the Schaubude: a surreal set-up for an analogue game in your mind. Come by and have a look!
read more

If you missed Theater der Dinge 2021 or want to take part retrospectively in the festival atmosphere, check out the Schaubude blog www.theaterderdinge.com . Here you'll find reviews, interviews, reflections and artistic reactions to the festival!
read more