Since 2016, Schaubude Berlin has been awarding a four-week research residency every summer to examine the effects of digital transformation. The programme is aimed at artistic teams of two to four people, of which at least one person must be a professional specialising in the performing arts and have used puppets, figures, objects or animation forms of new media in previous works. 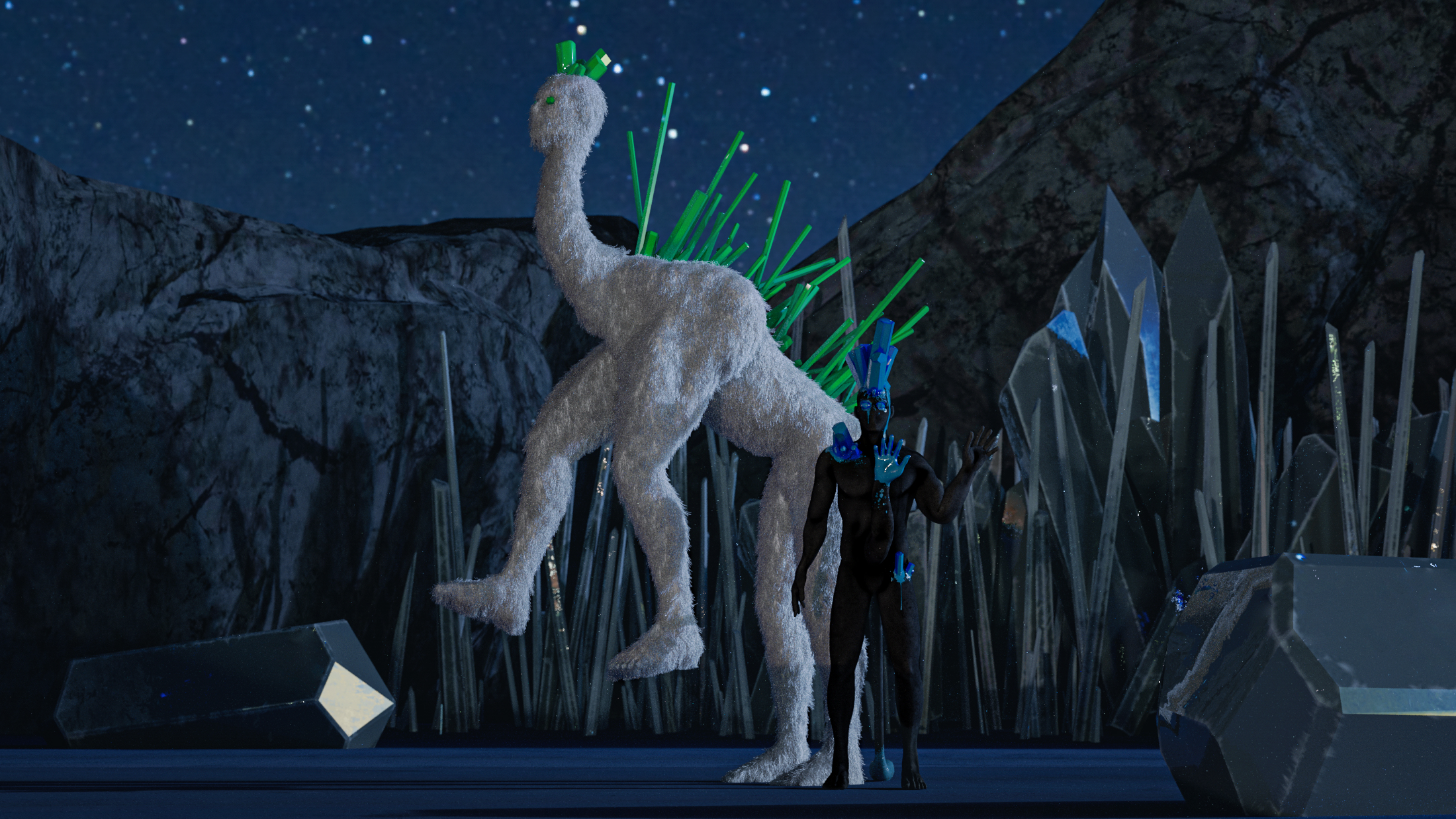 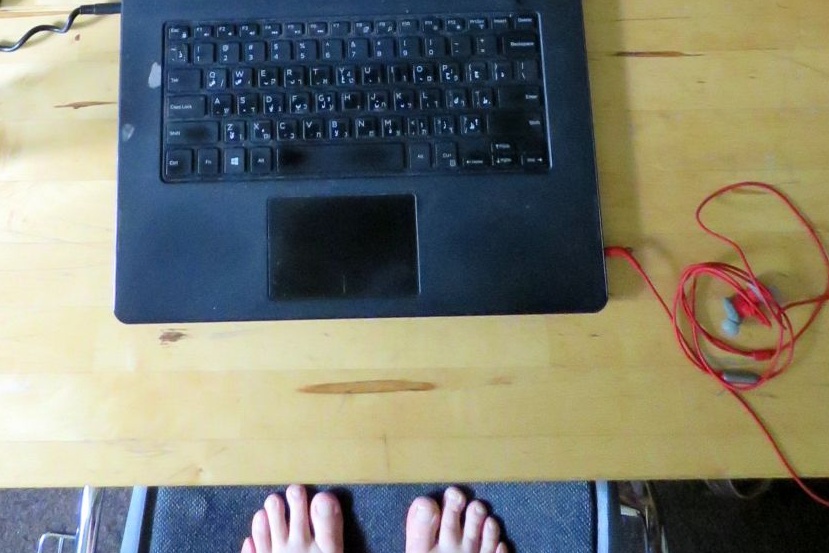 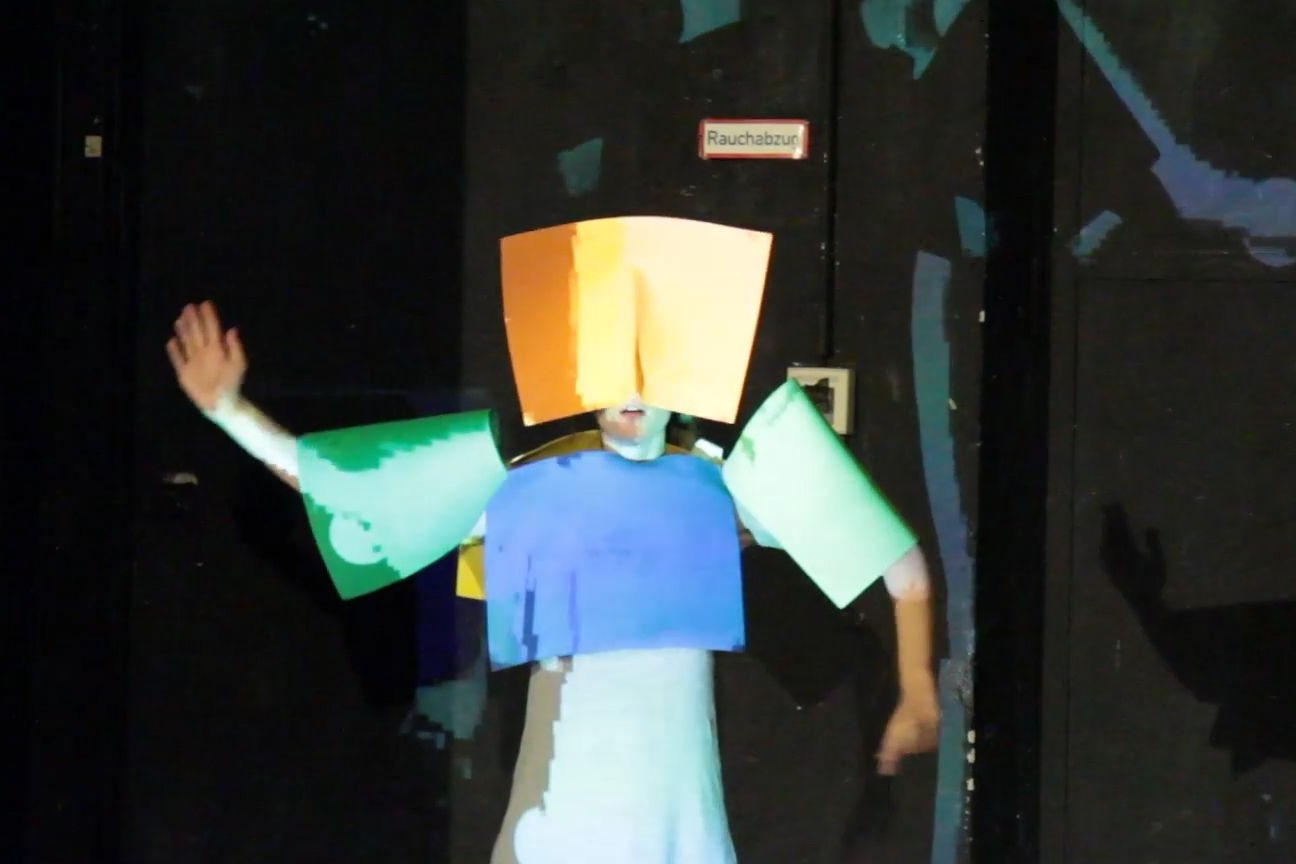 The residence is a research laboratory. We provide premises, technical equipment, a guest flat and mentoring. The research project does not have to be part of a planned production and does not oblige to a premiere. Rather, the aim of the Residence is to offer the group a place to research artistic ideas, try out new forms and develop possibilities for new collaborations.

The 2021 Schaubude residency takes place from July 12 to August 8.

The residency took place from July 12 to August 8, 2021. Take a look at the detailed project documentation here!

In this research project, the residency team from Hamburg and Halle/Saale - virtual reality experience designer Lena Biresch, puppeteer and creative coder Nico Parisius, and 3D animator Tore Nobiling - looked at the performative significance of avatars and exploring the opportunities and limits of their use in virtual reality. The mentor of the project is Stefanie Rinke.

Central to the project is the concept of "homuncular flexibility" by Jaron Lanier et al., which is about the extensibility and mutability of the homunculus - the term used to describe the mapping of movements and sensations experienced by the body located in the neurocortex of the brain. For example, when a limb is injured or amputated, the corresponding regions in the homunculus shift to other parts of the body. This flexibility is a prerequisite for identifying with the body of an avatar in VR at all.

Research into these processes combines findings from psychology, neuroscience, philosophy and computer science and is based on the thesis that the homunculus can adapt bodies that differ significantly from the typical human form. Since there is no absolute separation between avatar and world in VR, the shape one takes on is of great importance.

In addition, there is the assumption of an increase in empathy: if one moves through water like a fish, can one not also think more like a fish? Thus, the use of peculiar avatars can awaken previously unused areas of the brain that are linked to the body. VR thus becomes a toolkit for exploring homuncular flexibility and offers the possibility of better understanding the relationship between the brain and the rest of the body (cf. Lanier, 2018).

The research findings of Lanier et al. were explored with today's technical means and made tangible in the interdisciplinary implementation. Which possible avatars (e.g. non-human, multiple or consisting of the environment) can the human brain adapt to?

Lena Biresch tackled the programming of the avatars' controls, Tore Nobiling tinkered with their three-dimensional form and Nico Parisius contributed his know-how from puppetry for the movement sequences.

Developed during the Schaubude residency 2019, this research project by Dohi Moon and Bjoern Erlach aimed at exploring how Human Computer Interaction design (HCI) can go wrong when engineers try to make machines more relatable to humans.

With “Clippy Embodied” the artists wanted to bring a Clippy into an old fashioned office space and give it control over its environment.

In collaboration with Heinrich-Böll-Stiftung
Funded by THEATERPREIS DES BUNDES

Interview with the reasearch team (in German)

Wikipedia on the internet phenomenon Pepe, the frog

»REBELL_boy is a spiky character; he gets worked up. We’ve drawn him out and now that he’s here, we want to get under his skin and find out what he looks like inside.«

Our international festival for contemporary figure and object theatre THEATER DER DINGE will take place this autumn from November 4 to 13, 2021 on the theme "The world without us."
read more

In the project "New Communities" we are jointly exploring spaces of possibility for digitally supported dramaturgies as well as new delocal and interactive forms of collaboration. The core of the project is the processual and playful development of …
read more

Upcoming exhibition: "Once upon a time it will have been..."